A Beast of Muddy Brain: A Novel by Walters, Charles 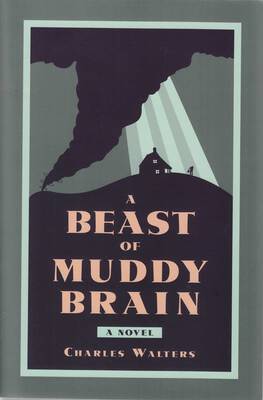 A Beast of Muddy Brain: A Novel by Walters, Charles

A Beast of Muddy Brain [A Novel] by Charles Walters:

From whence comes this beast of muddy brain that trails a boy, a man, a family and a civilization through Century 20 into Century 21? The tale that unfolds in this intensely gripping, often instructive novel begins in the dust bowl of the 1930s and grows with its characters through war and peace. It is an angry testament that sees the debauchery of a civilization.

The chief character, James Ness and his family both survive and prevail while a Darwinian demon devours almost all around him. Here is the real story of what happens with public policy takes the food from the farmer, giving him very little in return, with showy successes forever shadowed by pending adjustments in our institutional and political arrangements.

Page after page, the author adds to the best of times the fact of rural worst of times, answering questions that have still to be asked.

The People
The People is the beast of muddy brain,
That knows not its own force, and therefore stands
Loaded with wood and stone; the powerless hands
Of a mere child guide it with bit and rein

One kick would be enough to break the chain
But the beast fears, and what the child demands
It does, nor its own terror understands
Confused and stupefied by bugbears vain.

Most wonderful! with its own hand it ties
And gags itself - gives itself death and war
For pence doled out by kings from its own store.

Its own are all things between earth and heaven;
But this it knows not, and if one arise
To tell the truth, it kills him unforgiven.
- Tommaso Campanella (1568-1639)